Being diabetic, I don't eat a lot of sweets, but there is a variety of Atkins bars with nuts that are a low-carb treat that I allow myself daily.  I have been saving, for quite some time, the box sides from my Atkins bars and finally felt I had enough with which to do something.  The pre-printed sides of the boxes were covered with paper scraps, the white backsides were left as is for more personalization.

Taking an idea from my friend, Jenny's (Jennibellie Studios) journal made with Christmas Cards, I created this Feminine Journal.  It is approximately 6" x 6".

The cover was gesso'd and then painted the light pink; then a 6" paper doily was used to stencil the white markings and when dried, a 4" paper doily was decoupaged in place.  The diecut flower was decopauged next.  Ivory flat pearls were then placed around the center piece and smaller ivory flat pearls and ovals were placed in each corner.   The light pink pearl is a brad which holds a white, elastic ponytail holder to the matching brad in the back cover of the book.  The back cover is identical except it does not have any of the ivory pearls,


I initially had binding ring clasps holding the book together but felt it was too harsh for the soft presentation of the journal and switched out to the 1/4" light pink Ribbon. 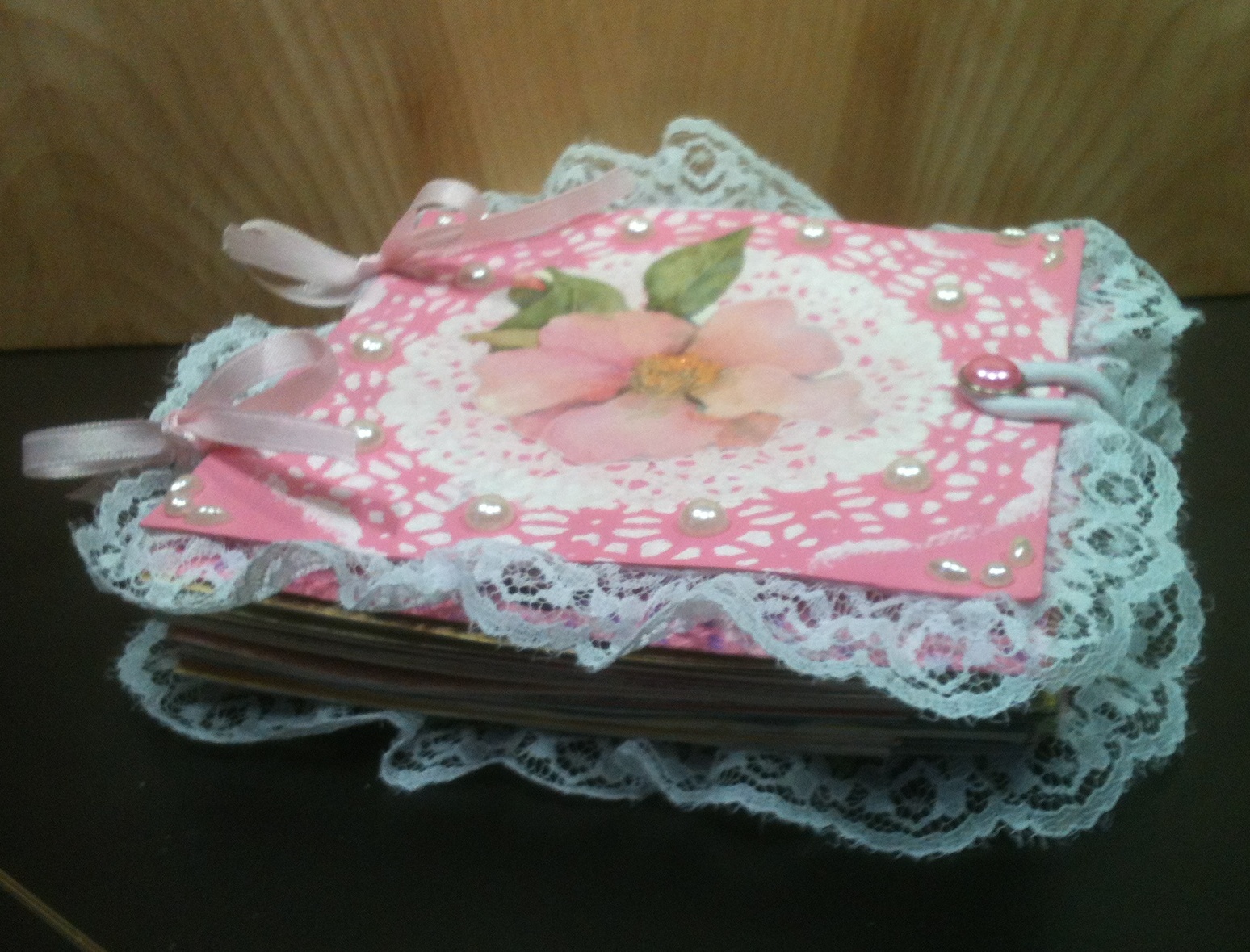 The lace was a necessary, after-build addition because the pages were at variance with one another (some bigger, some smaller) as well as to the covers themselves.  It was a visual detraction and not very pretty in my foofy eyes. ,-)

The lace camouflages that variance, thankfully, and adds a further feminine touch.  :-D